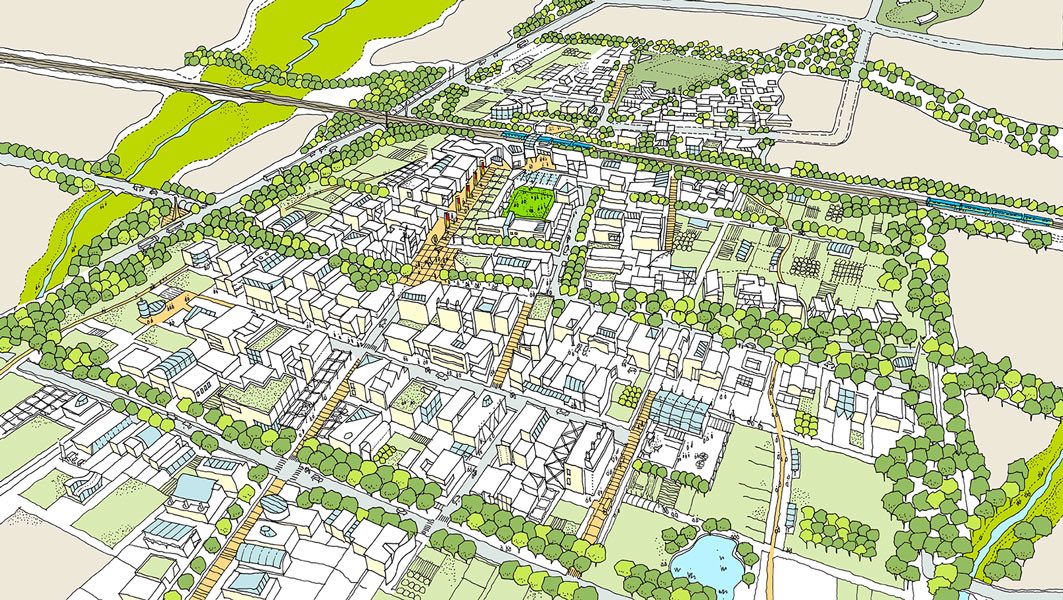 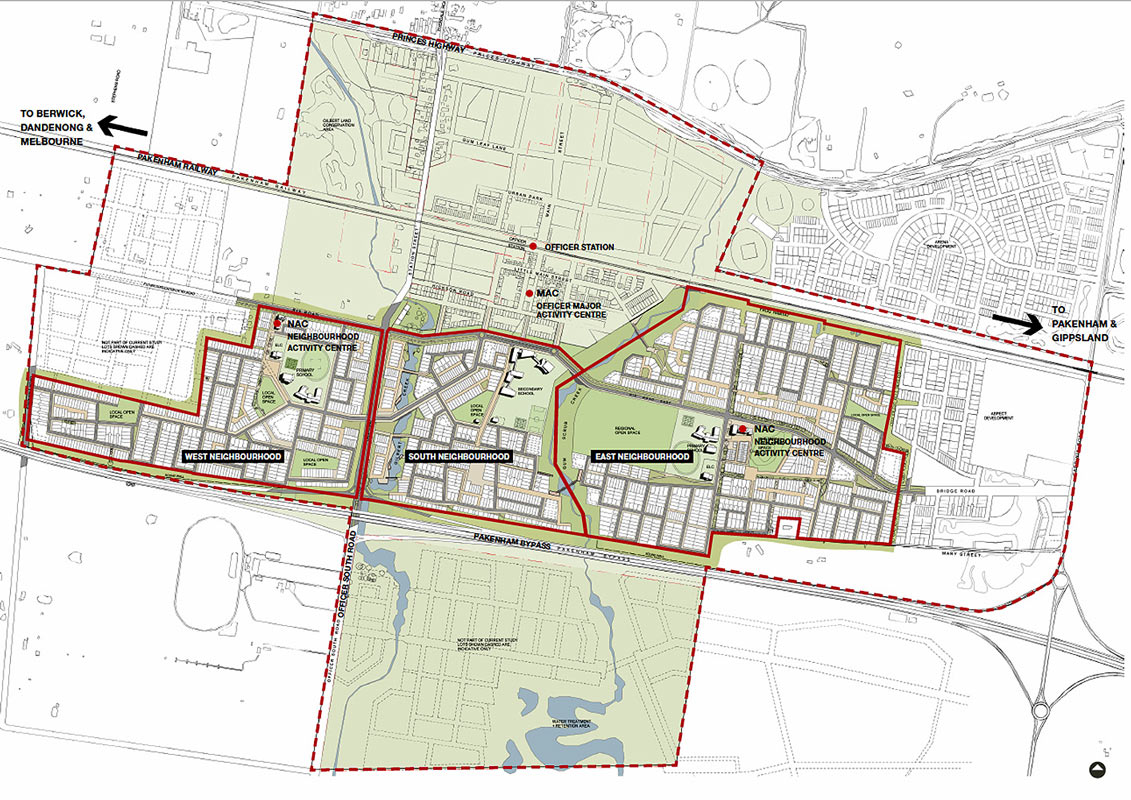 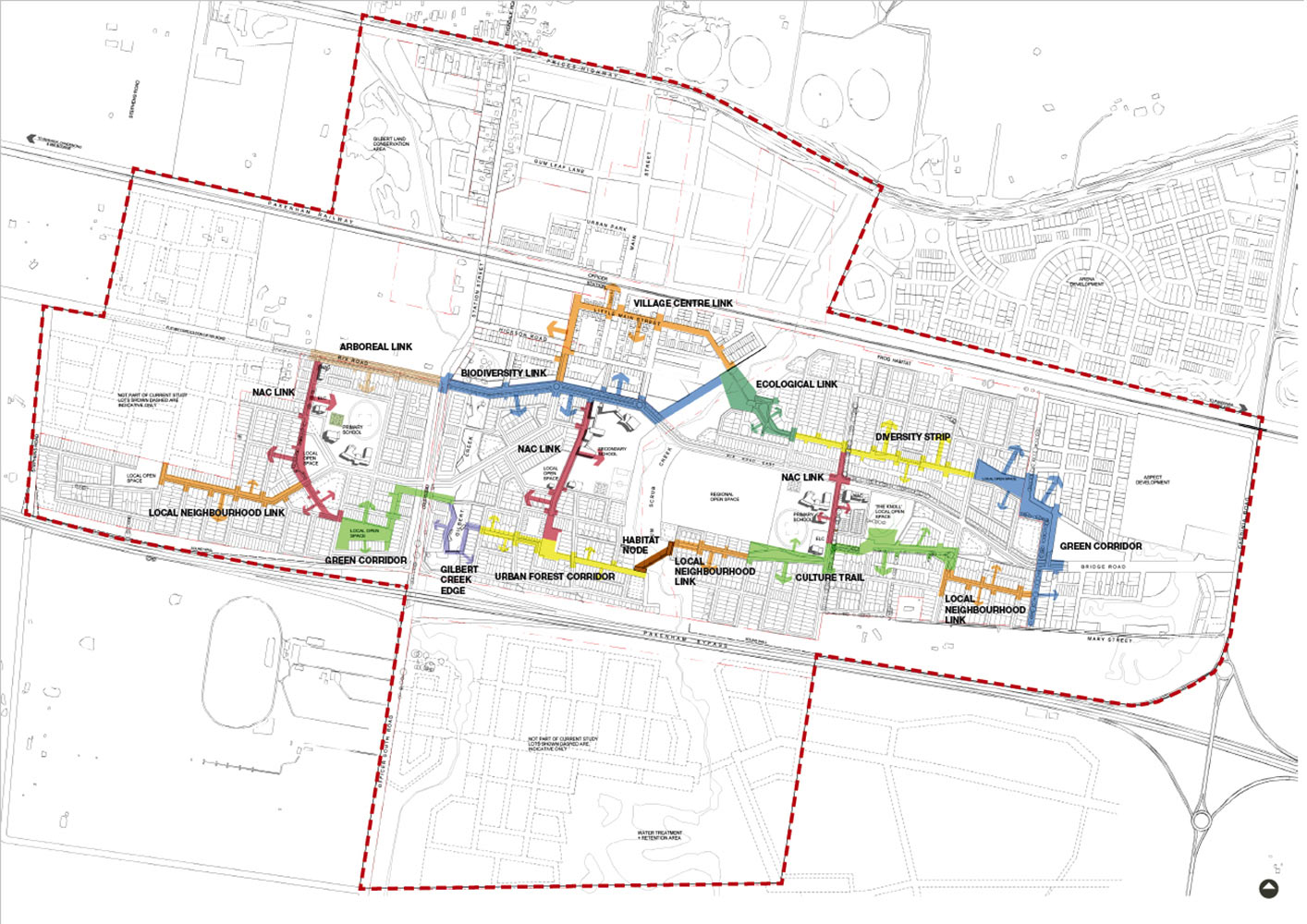 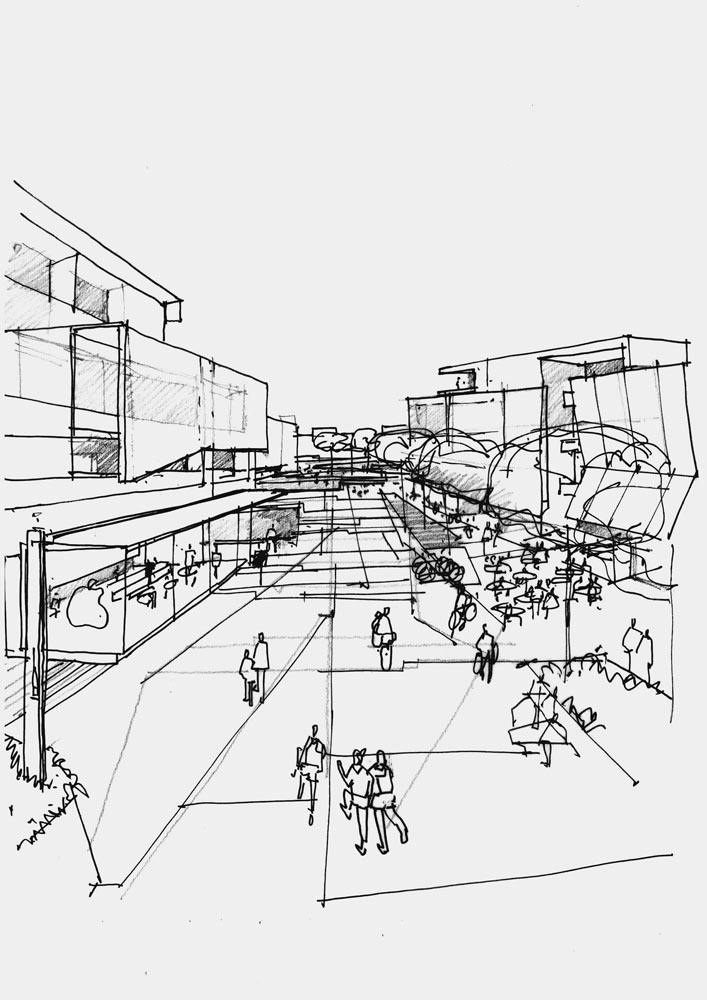 An urban design for a new suburb in Melbourne’s growth corridor.

Situated between Pakenham and Berwick in Melbourne’s south east, the Officer region is forecast to accommodate an urban population of up to 40,000 residents.

Hayball designed a completely new paradigm of an ‘ex-urban’ sustainable community on a 300 hectare site, centred on an existing rail station. The intent was to create a transit-oriented town centre with associated neighbourhoods to service the new suburb and surrounds. A series of residential models was developed which investigated ways of increasing densities while providing high levels of open space amenity and suited to ‘project builder’ delivery.

The new suburb was one of 16 projects worldwide participating in the Clinton Climate Initiative Cities Program, supporting the development of large-scale urban projects that demonstrate cities can grow in ways that are “climate positive” with real estate developments that strive to reduce the amount of on-site CO2 emissions to below zero.