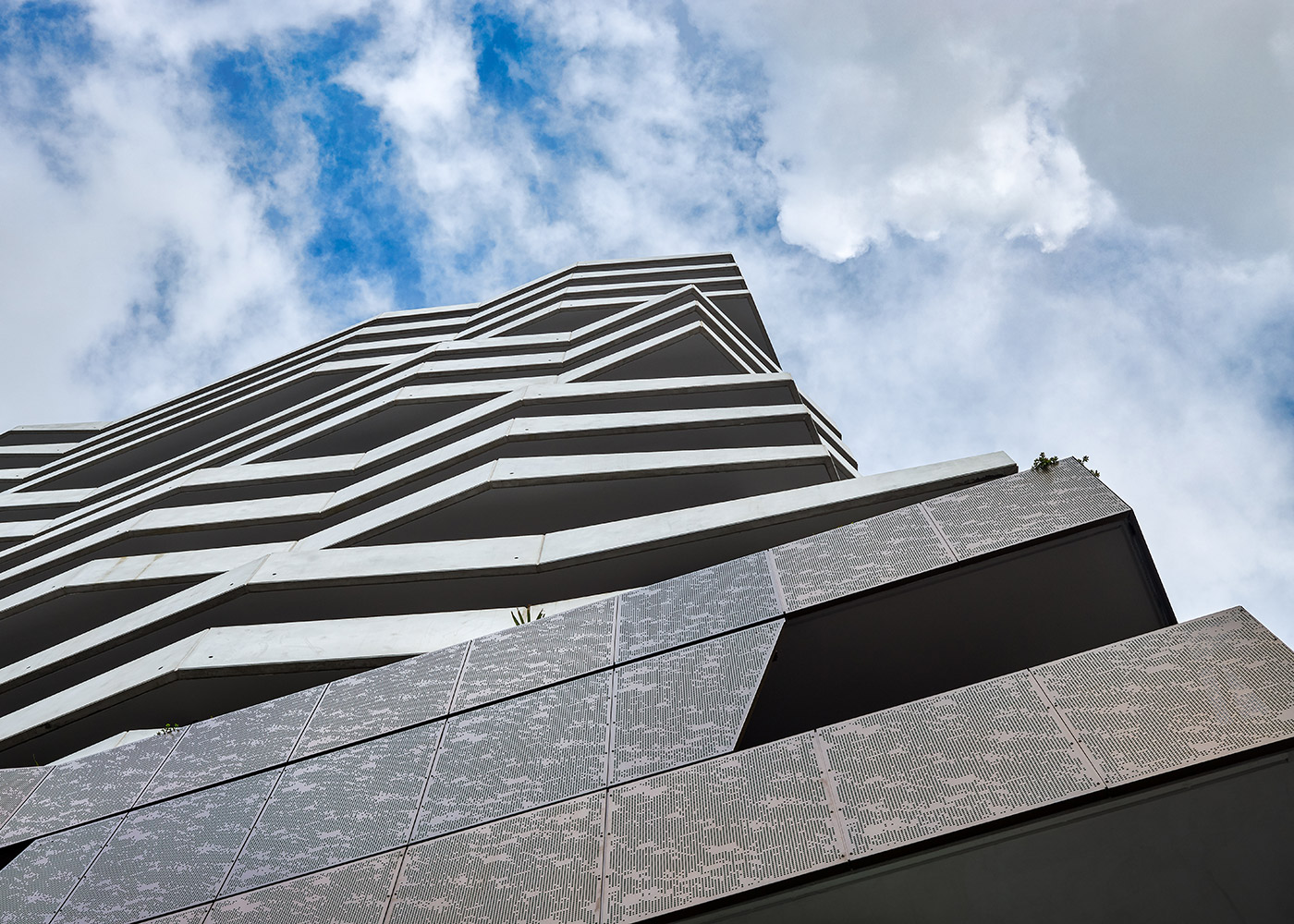 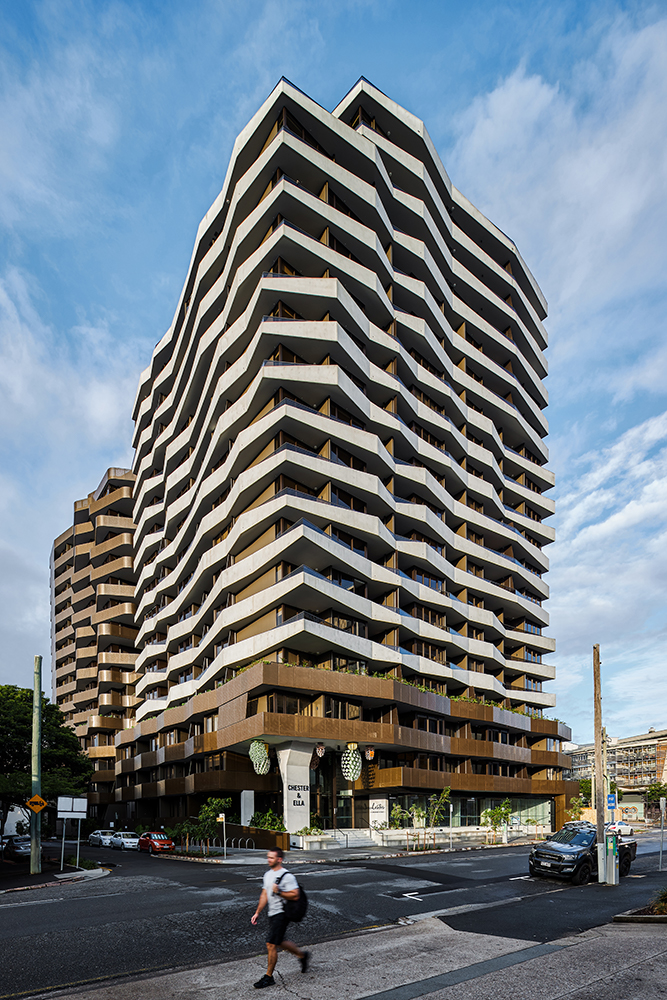 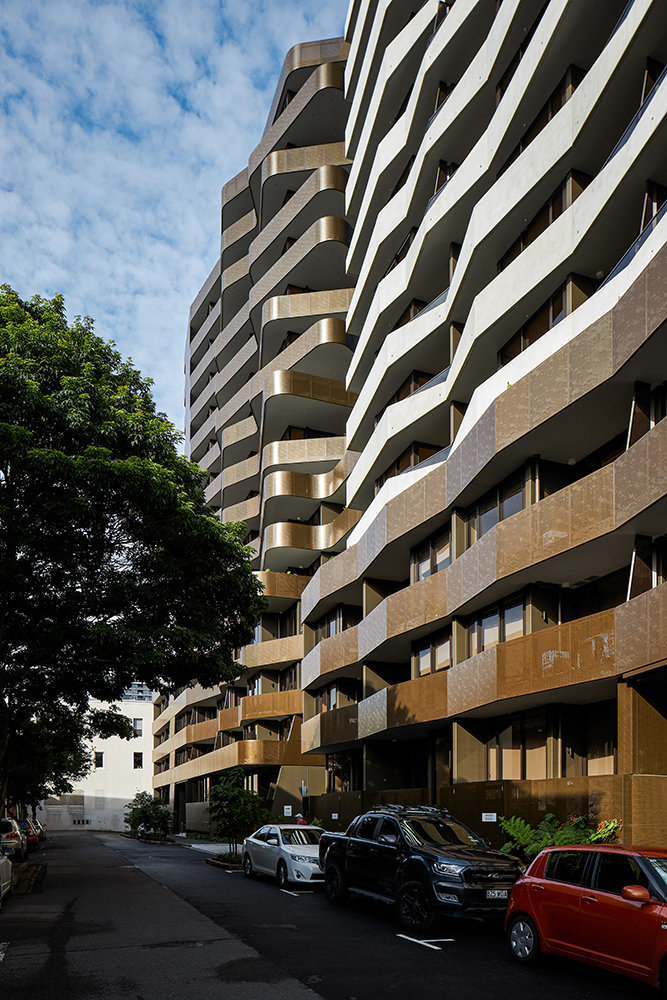 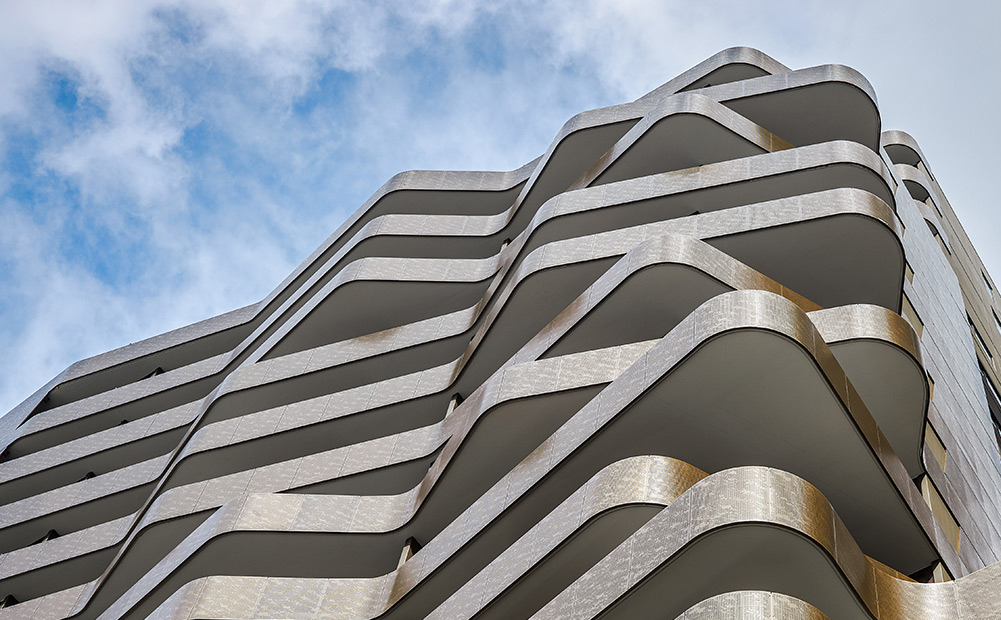 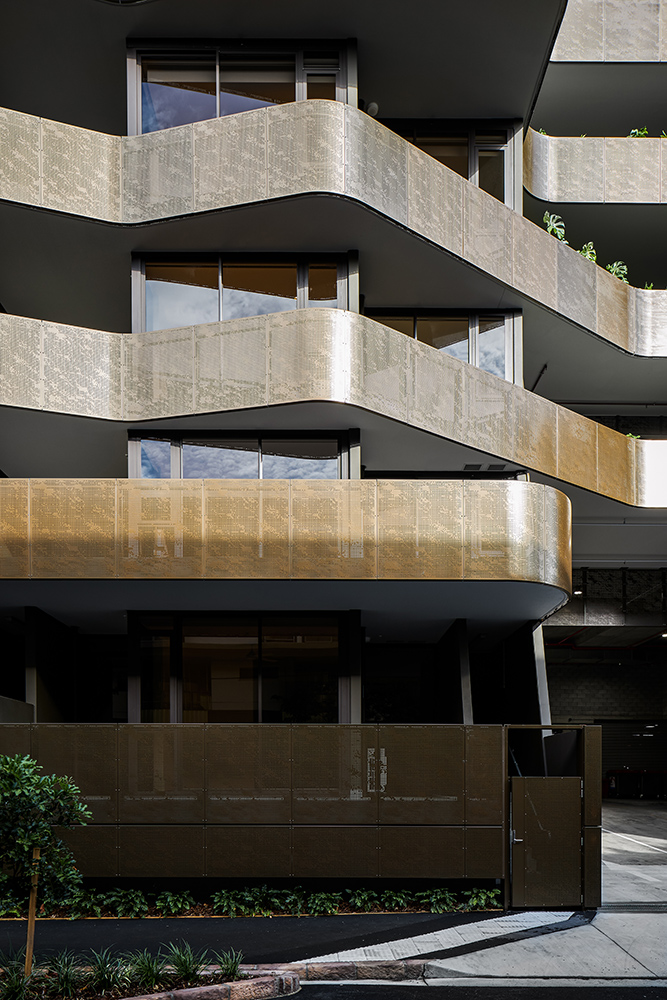 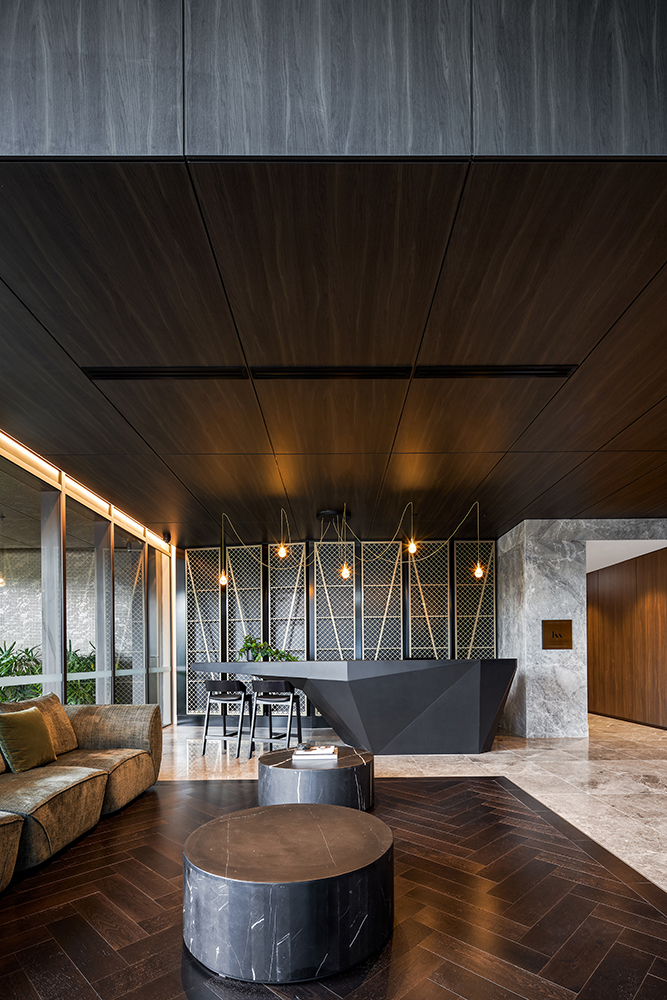 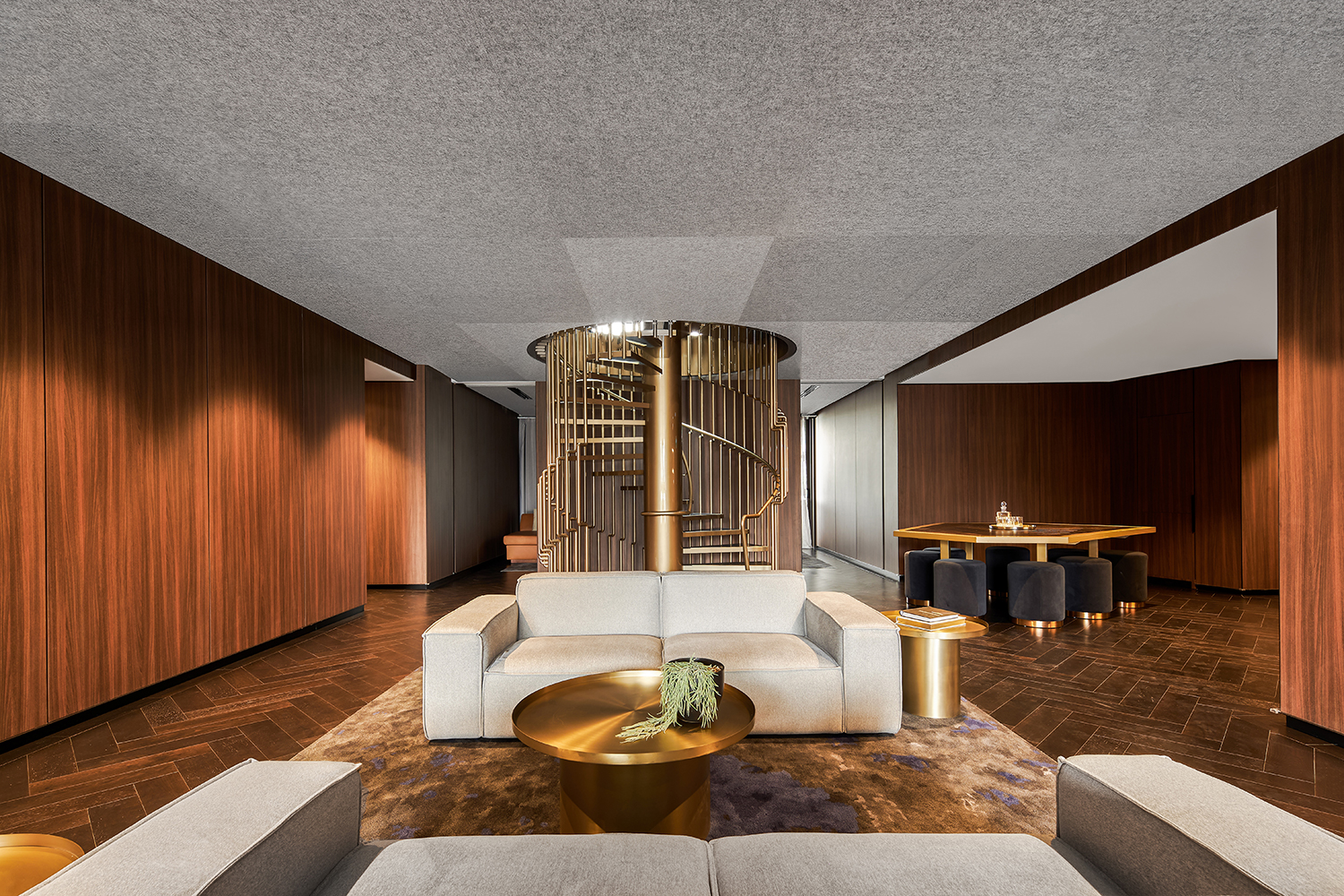 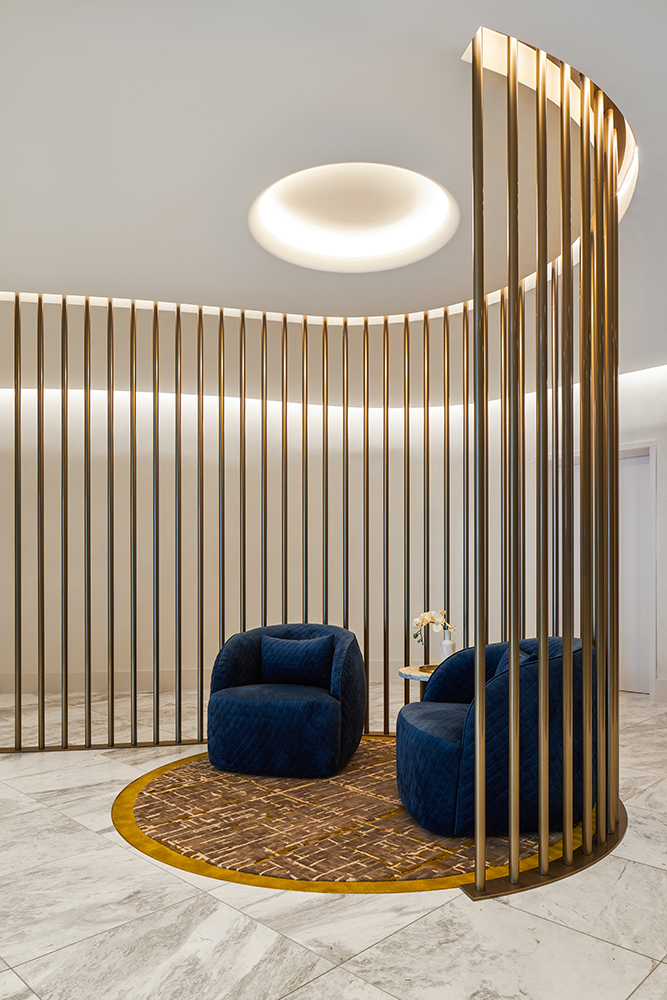 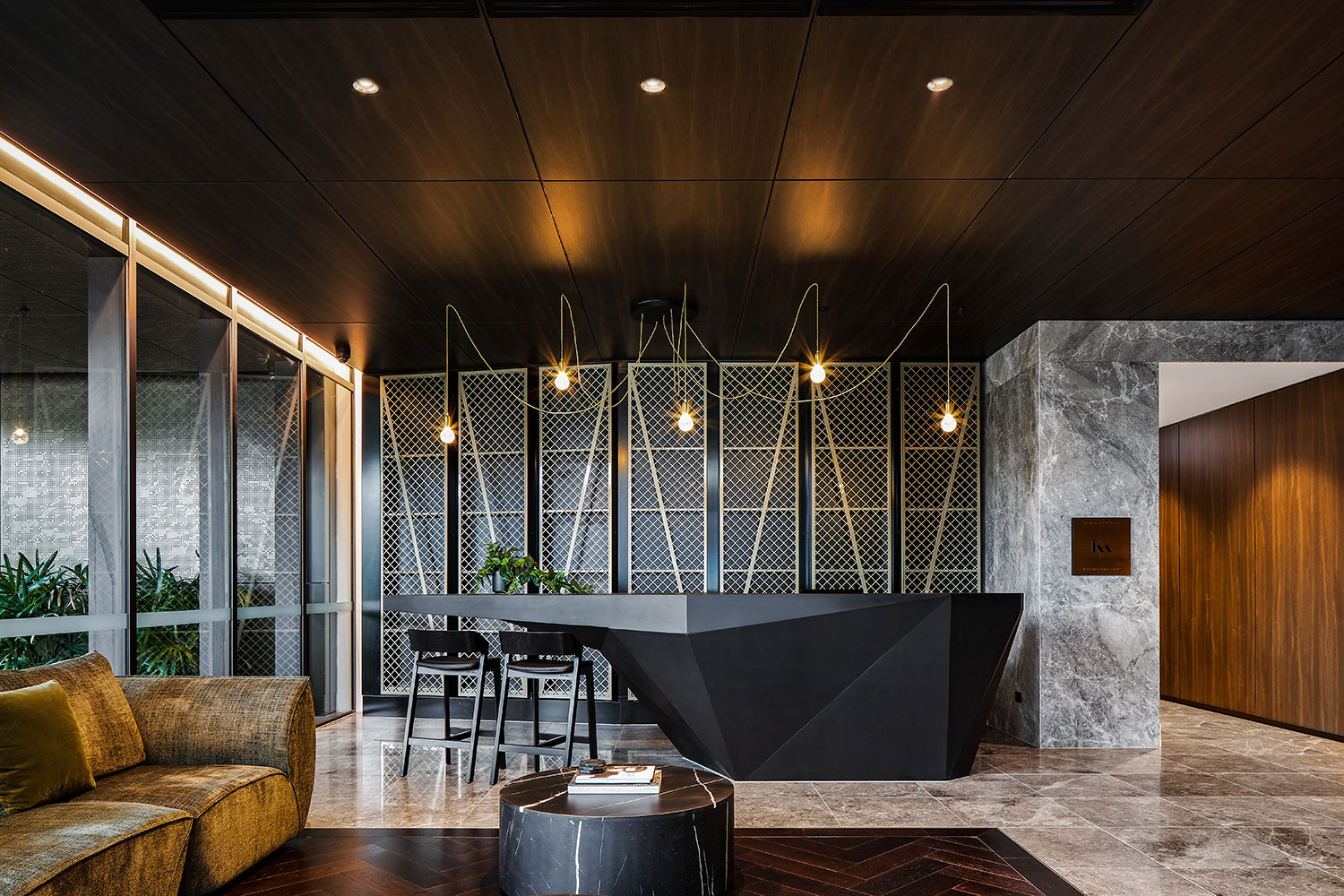 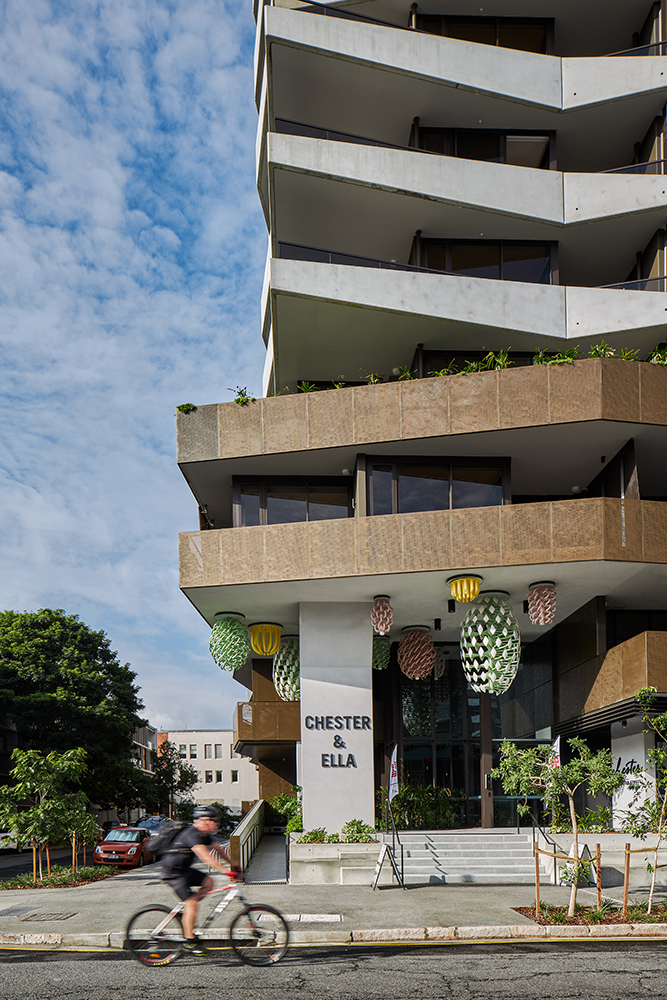 Located 2km from Brisbane CBD and in close proximity to the Gasworks and James Street precincts, the two towers that combine to make Chester & Ella have each been designed with a distinctive personality with architectural inspiration drawn from the idea of a dance, two individuals working in sync to create a perfect synergy.

Chiselled façade elements bring texture and movement to the streetscape, with the sculpturally folded feature balconies adding a bold profile while also working to minimise the volume of the buildings within their context.

Anchored to the street corner with angular gravitas, Chester is the more masculine of the two. Inspired by the folds and canyons found along the Brisbane River, white precast concrete balconies and the rich lustre of bronze glass form a reassuring and protective sanctuary.

In striking contrast, Ella is all curves. Perforated metal balustrades reinforce her arching contours while affording the building a certain lightness and fluidity. Reflective during the day, at night the perforations reveal the glow of interior habitation.

The building forms showcase a resolved and harmonious united identity, while internally; the sumptuous spaces have been designed around the idea of abundance, both spatially and via the provision of daylight, natural ventilation, flexible spaces and luxurious interior elements.

Twenty generously proportioned three-bedroom apartments are among the mix of dwellings, and crowning each tower is a communal rooftop garden with swimming pool. Residential amenity benefits from the verdant landscaping, including the vertical landscape between the two towers.